While You're Here, Check out: 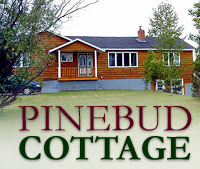 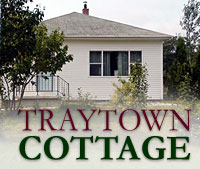 The Eastport Peninsula is a small extension of land into the central part of Bonavista Bay, Newfoundland. The peninsula is adjacent to Terra Nova National Park and contains seven small outport villages:

In addition, Eastport Newfoundland is adjacent to two larger communities: Glovertown and Traytown.

The Eastport Peninsula has long been a popular vacation destination. The peninsula’s excellent beaches, fishing villages, boat launching and active arts community are just a few of the attractions for many visitors.

Eastport Newfoundland is the hub of the peninsula. It is widely known for its white sandy beaches and arable soils. Its beaches and pleasant Atlantic Ocean vistas make it a popular destination for holiday makers and retirees. To accommodate for this new influx of people into the region every summer, a variety of accommodations have been established. Cabins in the area are in great demand during the summer. Click here for some Eastport Cabins

Happy Adventure, is a pretty seaside village built around three inlets on Newman Sound; Upper Cove, Little Sandy Cove and Powell’s Cove. Local legend attributes the name to a pirate’s favorable adventure, evading detection, in one of the sheltered coves.

Sandringham is the newest community on the peninsula and site of abundant farmland.
Sandy Cove was formerly known as Silver Buckle. According to local legend, Silver Buckle referred to a buried pirate treasure in the area. In more modern times Sandy Cove is best known for its most prominent feature – a long sandy beach! In fact, Sandy Cove features the longest sandy beach on the peninsula. It is known for being a well kept and pretty community. It has been granted the ‘Tidy Towns’ award numerous times.

Salvage is situated on barren rocky headland near good fishing grounds, and the migration routes of harp seals. The village is built around a rugged but protected harbour that has drawn tourists, sightseers and artists for generations.

According to visiting Archdeacon Coster in the 1820s, “rugged as the spot is, it has always appeared to me the most interesting little settlement in the Bay of Bonavista, if not in Newfoundland”. And this may well be true today.

Burnside, the northernmost settlement on the Peninsula and named for a devastating forest fire that swept through in 1912. Artifacts from Maritime Archaic, Paleo-Eskimo and Beothuk Indians are found in the area. Evidence of this may be found at the Burnside Archaeological Centre in the heart of Burnside. Boat tours are also available to view the archaeological sites nearby. The 45 minute ferry ride to St. Brendan’s may also be taken from Burnside.

St. Chad’s is a small fishing village, once known as Damnable Bay (pronounced Damn The Bell).